My Childhood pictures with my sister and bother
Our Village Gollapalli  is  are very nearer to famous
Kodandarama Temple at Ontimitta in Kadapa District. 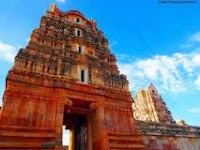 Historic Sidhout fort is just 3 kilometers away from our village.

Hi friends... I was   born into middle class family in Kadapa district Gollapalli village Ontimitta mandal in 1965. We are 4 Brothers and 2 Sisters  Father was a  oil merchat. 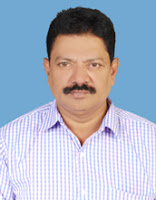 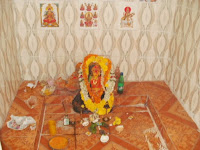 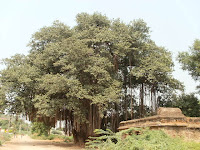 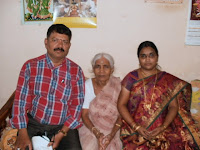 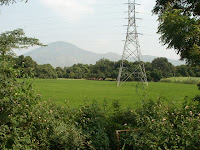 Shifted  to Hyderabad  in 1980 where i did SSC in famous Keshav Memorial High School we  stayed near RTC X Roads  i had exposure to  Cricket  and Hindi language.  Satish, Raju Prasad were nice friends i am maintasining  their friendship even now.

Came back to Kadapa for Inter  Mediate Studies at Mariapuram St josephs college  where i finished  junior college studies. Vasu,Venkatesh and Uma were nice friends during this period i was college topper.

In 1984  I  joined  Military  and had tough initial  training in MEG Bangalore.1985 due to cancer After this i had to face lot of troubles in my life.  I visited Singapore in 1985 Horse racing became my passion from 1985. My Father  died in. I finished Degree from A.V.College Hyderabad.

My stunt in marketing career; In 1988 i joined  Prizm pharma  as Medial representative worked for some time in Kadapa HQ this is my first Joob in life. later i joined  Max India  Delhi based  pharma company company as a Professional  Service medical representative  and worked for 3 and half years  1992 to 1996 in Nellore HQ.  I took   manager  post and i worked for Uniseal pharma and Yogi pharmacy as Area manager till 1997. from 1997 to year 2000 i was in real estates marketing.

September 4, 1998  Internet giant google.com was launched and inspired me a lot.
was launched.


My entry as  a enterpreneur:

I tried my destiny with many other marketing jobs before putting a fullstop  in 2000 to become a business man. My first Internet venture was  nelloretimes.com

i registered domain name 28-Sep-2000 this period considered to be rock age of internet in India . I did Lord Balaji Idols business with my friend and this business  gave some money . I faced  health troubles in this year.


I applied for news paper licence in Nellore got  title as nelloreone Telugu weekly  in year 2003 I ran the weekly for some time. In 2005 i got  English News paper licence  titled Vetuku so became editor for english news paper. In 2006 i Went back to idols business with old friends  this  we got big order from a pharma giant Micro pharma company  Bangalore  to supply Ananda Nilayam idols.

I began writing Blog from year 2006.
with vilekhari.blogspot.in

Consolidation time;
I married  Geetha    life  became very responsile so liivng  became even more costly despite good money i earned. i worked with  press collegues  Narenra, Madhu, Rami reddy. One  marketing collegue joined me in 2011 with him started to collect Document Writers data and  continued to post Web listings to  Blog.
In 2012 i purchased  Digital Camera this tool gave me nice advantage to grow further with nice pictures to my blog.

2013
I launched Pen Media forum which is an association of Journalists.
Same year purchased laptop and Byke.  Google Adsense account  shifted to my  name.I managed  in Hyderabad  till year 2014.


2014 we Shifted to Tirupati in November.

2015
My Sisters Childrens Sai and Lallit Marriages were  held in 2015;
Air conditioner installed at Tirupati home same year.
in 2015 i had 88 days trip to Hyderabad.
I had nice  year with 100 google plus activations.


I kept one office in Tirupati to strengthen my marketing activities. as others  helped us so we maintained healthy life in Tirupati in 2016. I posted lot of google reviews in same year and became 8 th level guise for google.


VETUKU RE LAUNCH 9 ISSUES AND POSTED TO PEOPLE.


FRIENDS GROUP ON WHATSAPP CAN BE UPTO 256. 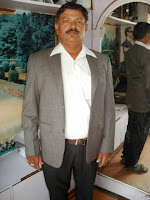